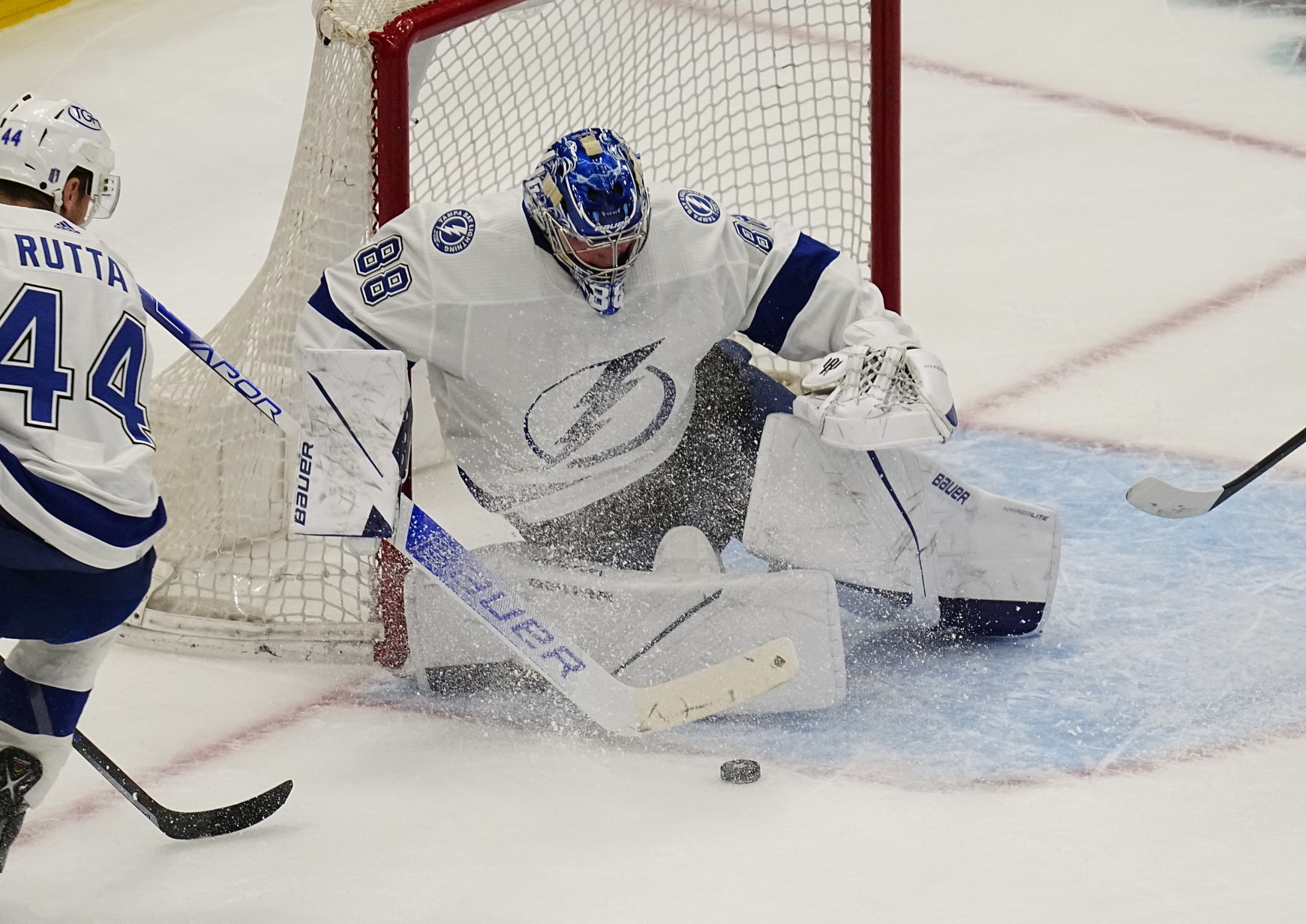 Of the four teams trying to avoid a 2-0 deficit on tonight’ NHL slate, the Lightning seem the most unlikely. Sure, they’re on the road, playing a Toronto team that amassed 115 points during the regular season. But they’re the two-time defending Stanley Cup champions; they’re not going to go down easy.

During Tampa Bay’s previous two Cup runs, the Bolts are 14-0 when coming off a playoff loss. That’s how champions respond to the inevitable adversity that will arise en route to amassing 16 wins in the postseason.

Expect them to do it again tonight.

Yes, the Lightning were dominated in Game 1, losing 5-0. That was the same score in their last regular-season matchup, as well. But Andrei Vasilevskiy won’t let that happen again.

Tampa Bay’s goaltender was tied for the league lead in wins this season, posting 39. He was shelled for five goals on 32 shots in Game 1. The former Vezina Trophy winner will respond in a big way to that setback.

Toronto may ultimately win the series, but it won’t be easy. Two-time champions don’t go away without a fight.