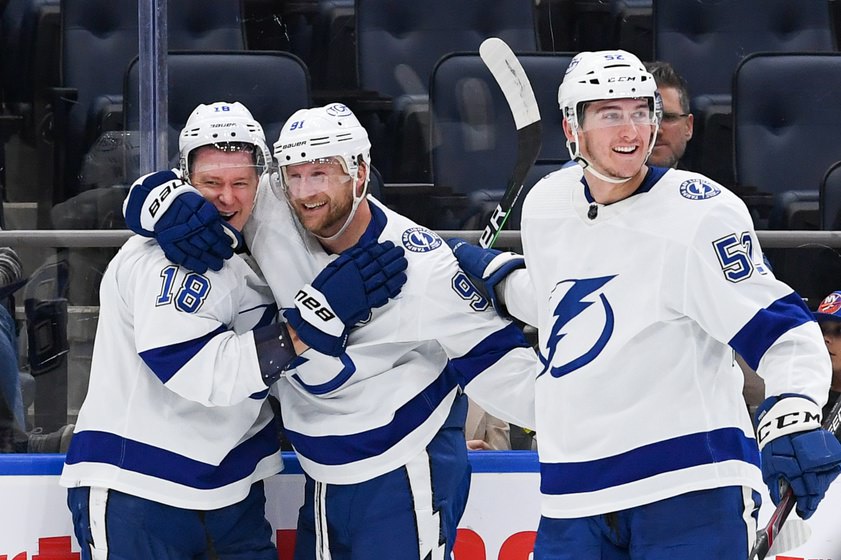 Despite being down 2-1 in the series, being the lower seed and coming off of a home loss, the Lightning are a slight favorite in Game 4. Why? Because of one hard-to-ignore stat.

In their last 16 games after a playoff loss, Tampa Bay is 16-0. Undefeated. Perfect. Unblemished. Spotless.

They’ll try to keep the streak alive tonight, in what feels like a must game at Amalie Arena. After stealing one on the road to wrestle away home-ice advantage, the Lightning gave it right back in Game 3, losing 5-2. They can’t afford to fall into a 3-1 hole, with two of the remaining games in Toronto.

Friday night’s game was closer than the score would indicate. Tampa Bay had clawed back from a 3-0 deficit to make it a one-goal game in the third period. Only some spectacular saves by Jack Campbell prevented the Lightning from tying the game. Two late, empty-net goals made it appear lopsided.

Tampa Bay will need to play like they did in the second and third period of Game 3. They’ll need their goaltender, Andrei Vasilevskiy, to stand on his head this time around.

If they do, this shapes up to be an epic, seven-game classic. If not, the defending champs could exit pretty quickly and quietly from the playoffs.

Don’t expect that to happen. Tonight, one of the most-impressive stats in sports will only grow. The Lightning will be 17-0 after a postseason loss.