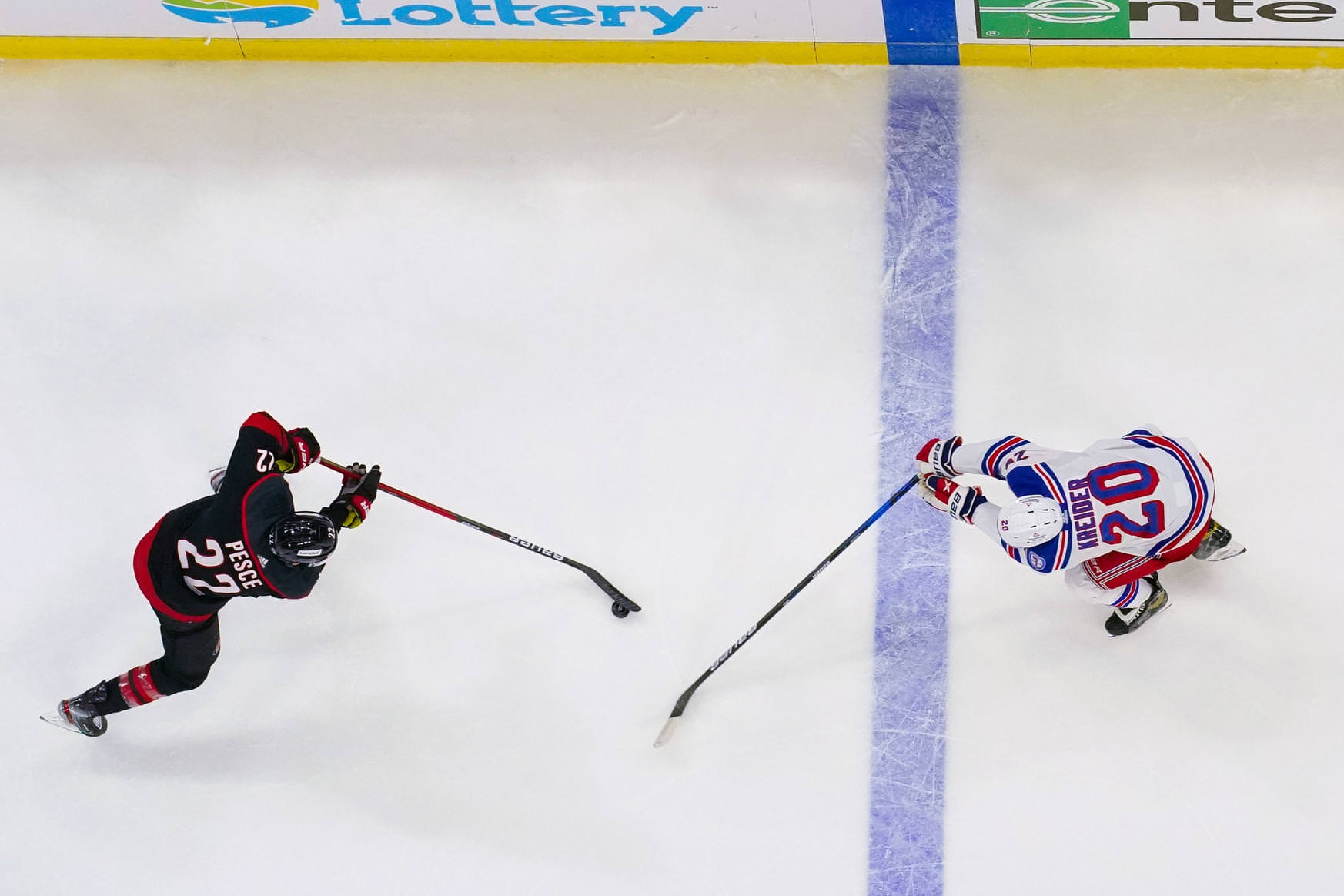 Will the Rangers be “blown out” by Hurricanes?

Home » Will the Rangers be “blown out” by Hurricanes?

On the surface – frozen or otherwise – this one doesn’t seem like a “gimme.” But upon further examination, this game sets up for a Hurricanes win. First off, Carolina is 23-4-3 at home, the third best home record in the NHL. Sitting in second place in the East, the Hurricanes are good already, but nearly unbeatable at home in Raleigh.

Lately, neither team is playing great. Carolina is 5-3-2 in its last 10 games, with three concerning losses in a row. However, two of those losses took place on the road, and the third – their last game against the Capitals – was an overtime loss at home. The Rangers have been a mixed bag on the road, splitting their last four road games. They did, however, beat Tampa Bay, in Florida, 2-1 last night.

For some reason, this one feels like a “correction” game. In other words, The Hurricanes will get back on track at home, while the Rangers could have a big win hangover on the second night of a back-to-back. The goal differential for these two teams is telling, too, as Carolina’s +57 more than doubles the Rangers’ +27 – a telling number to be sure.

After a full day off, Carolina should skate to a convincing home win, as they’ve done most of the season