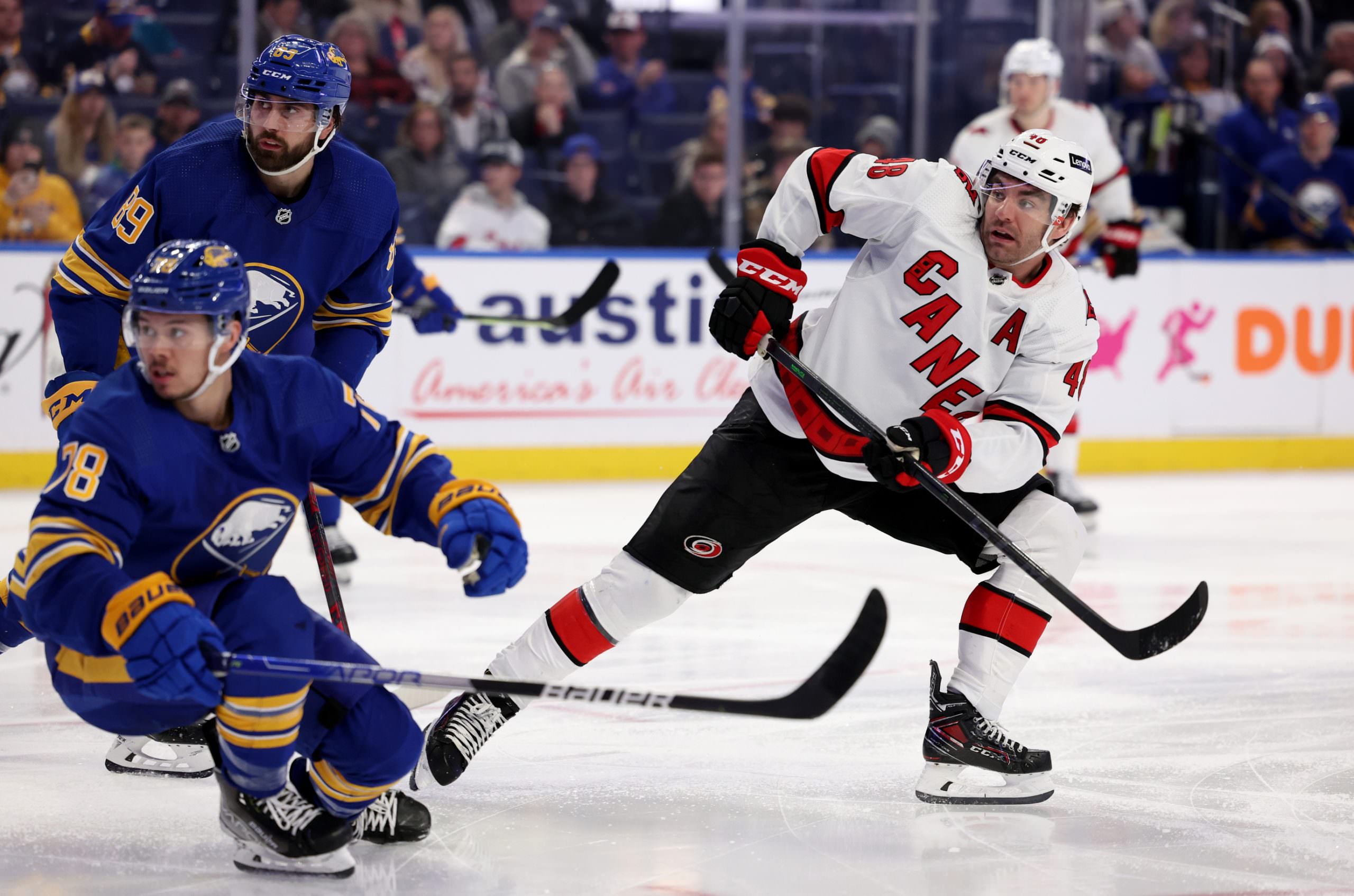 Buffalo has been eliminated from playoff contention. With just 63 points on the season, the Sabres are out of the postseason mix with four weeks to play.

That’s not good. But it hasn’t stopped them from playing good hockey of late.

Included in that mix was a 4-2 win over Carolina on Tuesday night. The Sabres travel to Raleigh for the second half of the back-to-back.

At the moment, they’re playing better than the Hurricanes, a team that is trying to maintain their spot atop the Metropolitan Division. Currently, Carolina has 98 points, two ahead of the Rangers, with a game in hand.

The Canes are just 4-8 in their last 12 games. They’re clearly scuffling. More recently, they’ve dropped three of their last four, with a win over the cellar-dwelling Canadiens the lone bright spot in more than a week.

Thus, this is a good place to find some value. Buffalo can keep it close tonight, so +1.5 seems like a really safe play. Heck, the Sabres might even win the game outright, which makes a moneyline wager a tempting option.