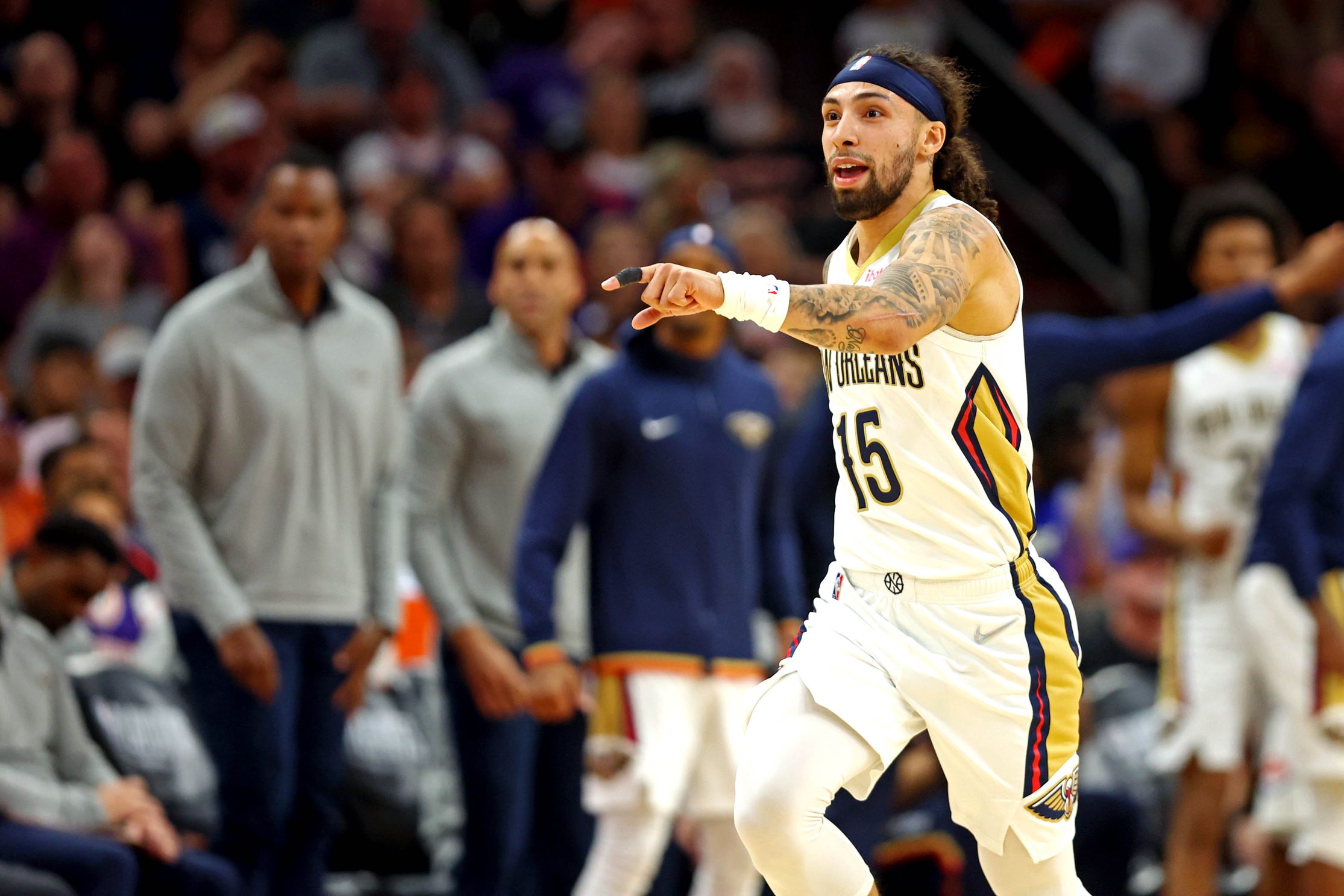 Phoenix was supposed to cruise to the NBA Finals. They boasted a league-high 64 wins in the regular season, were the No. 1 seed in the Western Conference by a wide margin, and boasted what appeared to be the perfect blend of youth talent and wily veterans.

Things certainly got off to a good start. The Suns beat the Pelicans in Game 1 of their first-round series in relatively easy fashion, winning 110-99. And they had a five-point lead at halftime of Game 3, thanks to 31 points from Devin Booker in the first 24 minutes of play.

Then, the wheels came off. On the game. And perhaps the season.

Booker suffered a hamstring strain in the second half of Game 2. Phoenix never recovered, getting outscored by 16 after halftime and losing 125-114.

According to reports, the guard will be out two to three weeks with the injury. That means the Suns will have to find a way to get past the Pelicans without Booker. It won’t be easy.

They’ve lost home-court advantage, something they’ll try to regain tonight when the series shifts to The Big Easy. The numbers are certainly in their favor.

New Orleans was just 19-22 at the Smoothie King Center this season. Meanwhile, Phoenix was a dazzling 32-9 on the road.

Down the stretch, however, the Suns were just 1-3 away from home. They played a lot of backups during that run, something they’ll have to do again tonight without Booker in the lineup.

The crowd will be rocking. Long-suffering Pelicans fans aren’t just happy to be in the postseason; they now smell blood in the water. It’ll be a big test for the Suns, who haven’t played outside of the desert in two weeks.

New Orleans has the momentum. Expect them to capitalize on the moment.